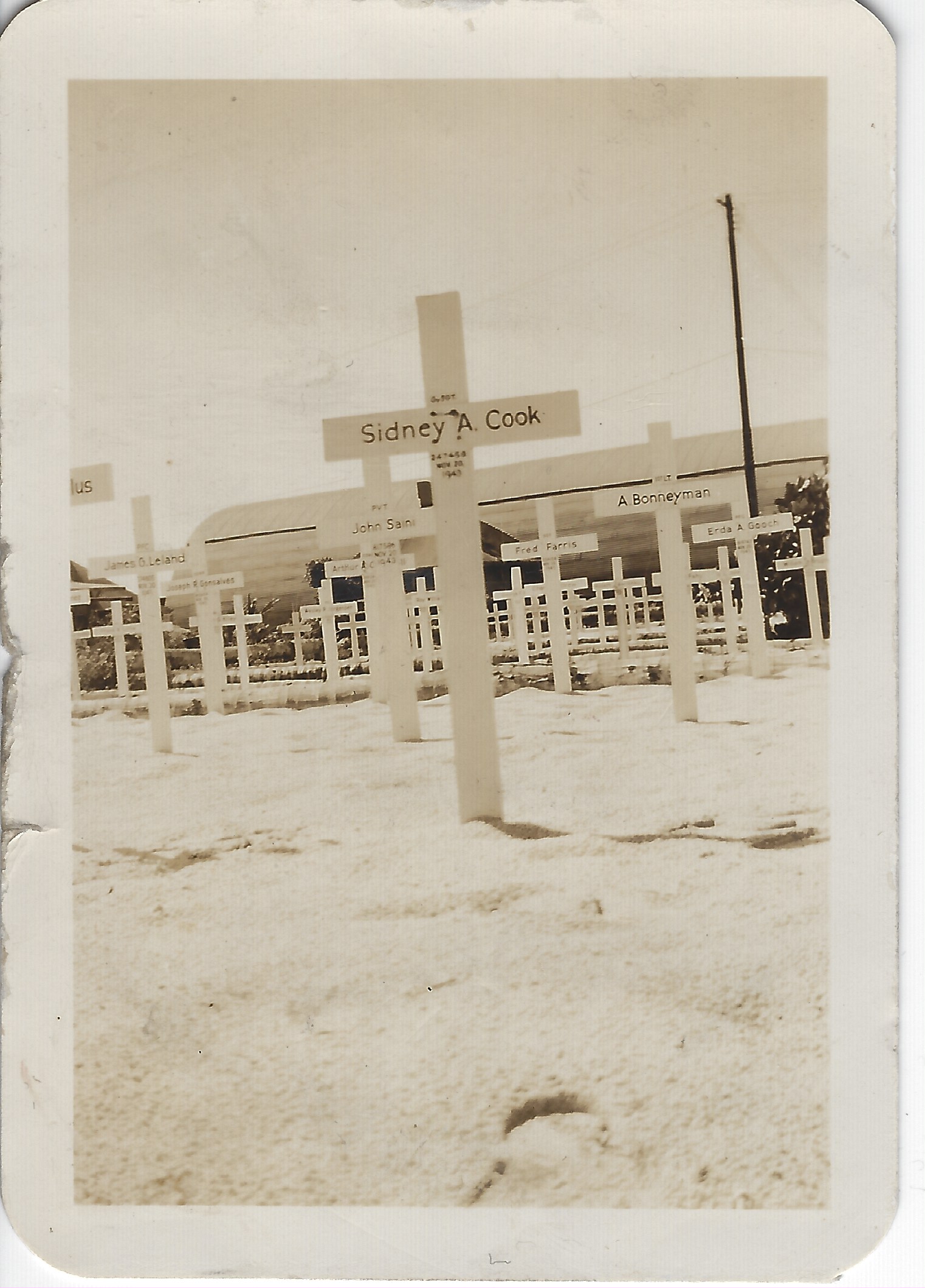 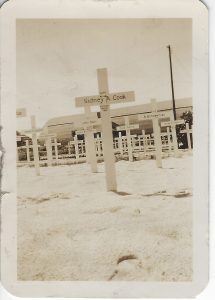 Memorial crosses on Tarawa, December 1943. My grandfather’s name is misspelled, and two other names belong to Marines found with him in 2015.

Going through photos for the book today — there will be 20-24 photos included — I came across this.

This photo was taken by LeRoy J. Kain, a Seabee (Navy Construction Battalion member) who was on Tarawa in December 1943. These were memorial crosses only, though my family (and Kain) did not know that at the time.

What’s especially intriguing to me (besides the fact that my grandfather’s name is misspelled) is that two other visible names, Sidney A. Cook and John Saini, were among the 40+ remains recovered in 2015 by History Flight from the same trench (Cemetery 27) where my grandfather was found.