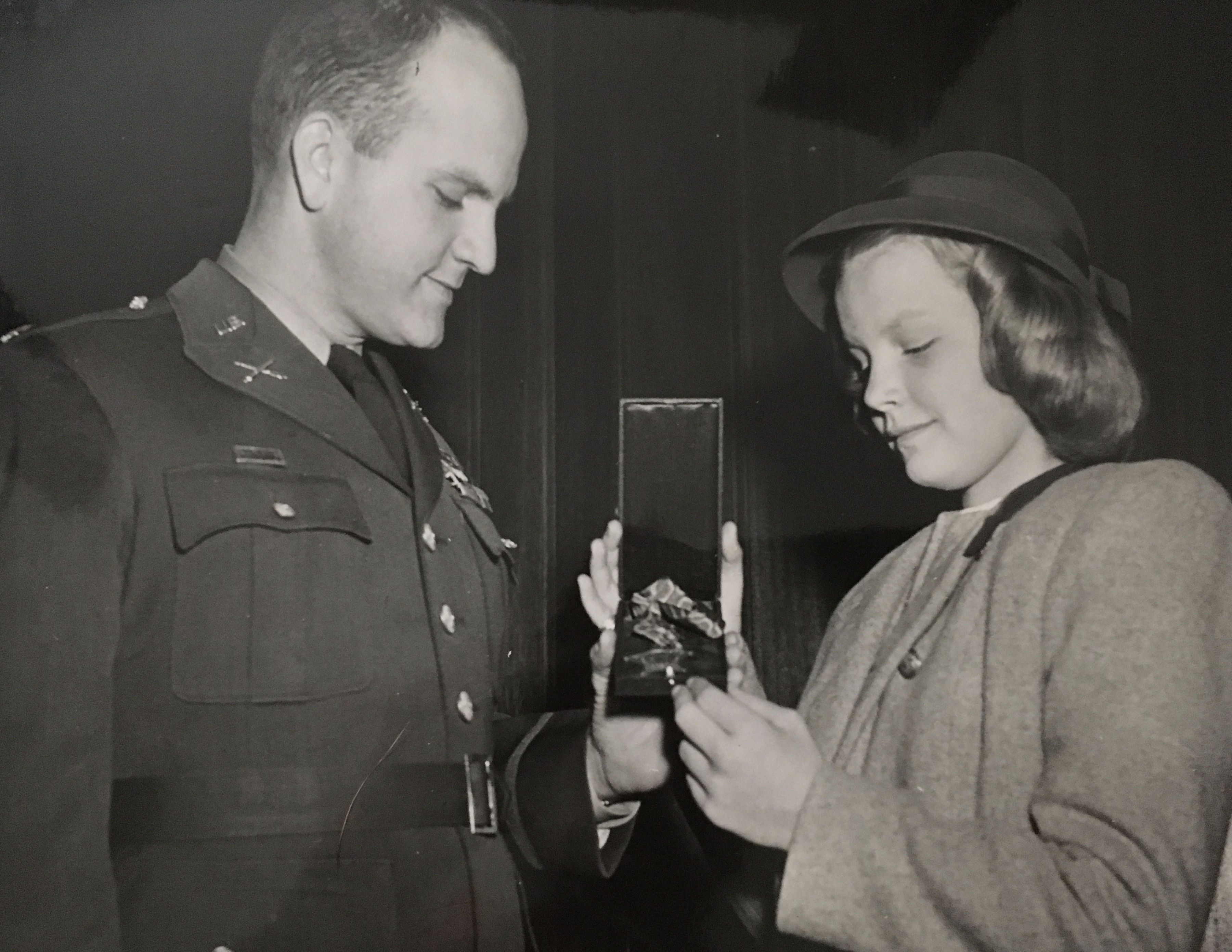 George Gordon Bonnyman, Sr. served with no less distinction than his older brother, 1st Lt. Alexander Bonnyman, Jr., recipient of the Medal of Honor and subject of Bones of My Grandfather.

On Oct. 17, Congress announced that the younger Bonnyman’s entire unit, the U.S. Army 5307th Composite Unit (Provisional), would receive its highest civilian award, the Congressional Gold Medal,”in recognition of their bravery and outstanding service in the jungles of Burma during World War II.” 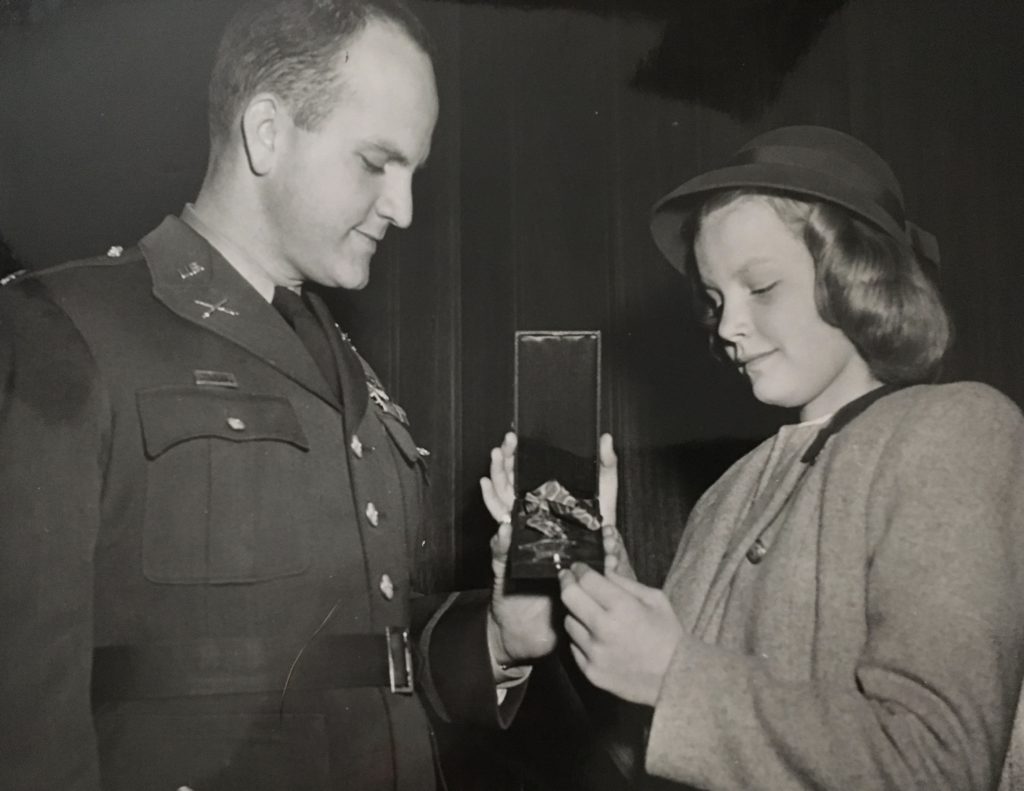 The 5307th, better known as Merrill’s Marauders, in honor of its leader, Brig. Gen. Frank Merrill, was made up of all-volunteer jungle fighters in Burma. The Marauders are widely seen as helping to pave the way to today’s special-forces units.

In February 1944, Merrill’s Marauders set out to capture a Japanese-held airfield and open an Allied supply route between India and China. Starting with 3,000 soldiers, they completed their mission five months later with barely 200 men still in the fight. 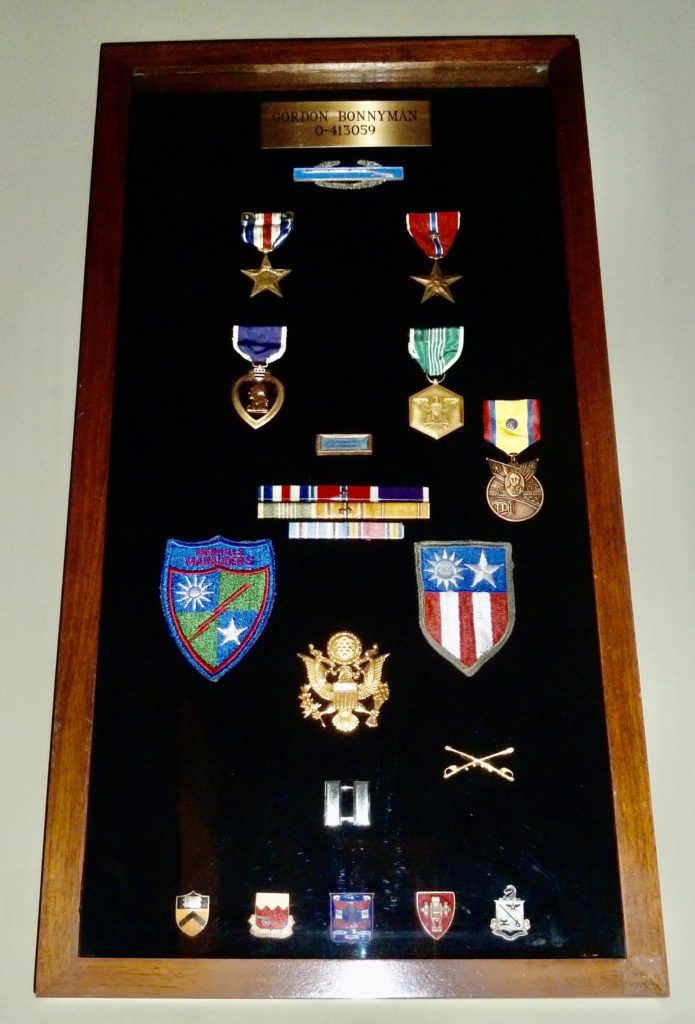 A shadowbox displaying Gordon Bonnyman’s awards, including the Silver Star and Bronze Star with Cluster, in the home of his youngest son, Dr. Brian Bonnyman, of Knoxville. Clay Bonnyman Evans photo.

The journey of roughly 1,000 miles on foot was so grueling that fighting “was the easy part,” Robert Passanisi, who at age 96 is among just nine Marauders still known to be alive, told the Associated Press. Passanisi is one of just nine surviving Marauders; Maj. Bonnyman, of Knoxville, Tenn., died in 2004.

A single medal honoring the Marauders as a unit will be crafted and given to the Smithsonian Institution, and living members will be eligible to receive a medal. The medals are individually designed for each set of winners and can take more than a year before they’re ready to be presented.

In 2014, President Barack Obama awarded the medal to the “Doolittle Raiders,” who carried out the first air operation against the Japanese homeland during World War II, including the late Col. William “Bill” Bower, who also is featured in Bones of My Grandfather.

December book event at National Museum of the Marine Corps